This is part 1 of a 4 part series.
Part 2: Our Story: Twin Pregnancy
Part 3: Our Story: Labor and Vaginal Delivery of Twins

My husband, Ben, and I found out just before Christmas 2014 that I was pregnant. We were thrilled! We hadn’t been actively trying to get pregnant but we also weren’t not trying. We were very excited to tell our families over the holidays.

I made an appointment with one of the midwives at my doctor’s office but they weren’t going to see me until 9 weeks. Our families were as thrilled as we were.  The day after Christmas, we went on vacation to Delray Beach, Florida. I was happy with a side of anxious. I felt good, if a little tired, and I still couldn’t believe there was a little baby in my belly. The first day we were in Delray, I started feeling a little queasy and by a few days in, I could barely stomach anything. Pretzels, mint tea, Starbucks popcorn, and grilled cheese sandwiches were my go-to foods the whole trip. Here I am early on in our vacation: In late January, we went to our first midwife appointment. I had envisioned a birth more on the natural side and had picked this practice because there were both OB/GYNs and midwives working together. During our appointment, we went over our health histories, I had bloodwork done, and the midwife felt my uterus and said everything seemed on track. She told us it was unlikely we’d be able to hear the heartbeat yet, so we’d do that the next time. We scheduled our 12 week ultrasound and went on our way.

At 11 weeks to the day, my morning sickness went away for the most part. It would reappear throughout my pregnancy whenever I got really tired but thankfully the regular nausea and vomiting stopped! Looking back, I have no idea how I managed to get through each school day. As a teacher, there aren't many breaks from being "on". I basically hibernated the second I got home every day. I buried myself in blankets on the couch and passed out until Ben came home. Growing a baby ain't easy!

We went to our 12 week ultrasound in February just before school vacation. I was so excited to see our baby but also so nervous since we hadn’t yet seen him/her or heard their heartbeat. As soon as the ultrasound tech put the wand on my belly, Ben and I both saw two spots. The ultrasound tech casually said “well, you know there’s two”. I sat up and said “no, we don’t!” and she said “oh, people usually know by now!” and I started laugh/crying because it was such a surprise! Sure enough, there were two perfect little babies on the screen. We couldn’t believe it!

I immediately had a million questions and concerns. I hadn’t heard of many twin deliveries that weren’t C-sections and surgery makes me so nervous so my first question was whether I could deliver naturally. The Maternal Fetal Medicine (MFM) doctor we talked to assured me I could have a vaginal delivery if baby A was head down. Through our ultrasound, they also determined we had dichorionic/diamniotic twins - the babies had their own sacs and own placentas. While twins are technically a high risk pregnancy, di/di twins are the lowest risk type because the babies have their own sources of nourishment. The could have different levels of blook flow through their umbilical cords but one wouldn't be taking away from the other as you might have with twins who share a placenta. We were also told not to read into statistics because our twins were spontaneous and my body knew there were two babies, which turned out to be true.

We headed to Disney World a few days later and sent this picture to the rest of our family and friends to share our exciting news! 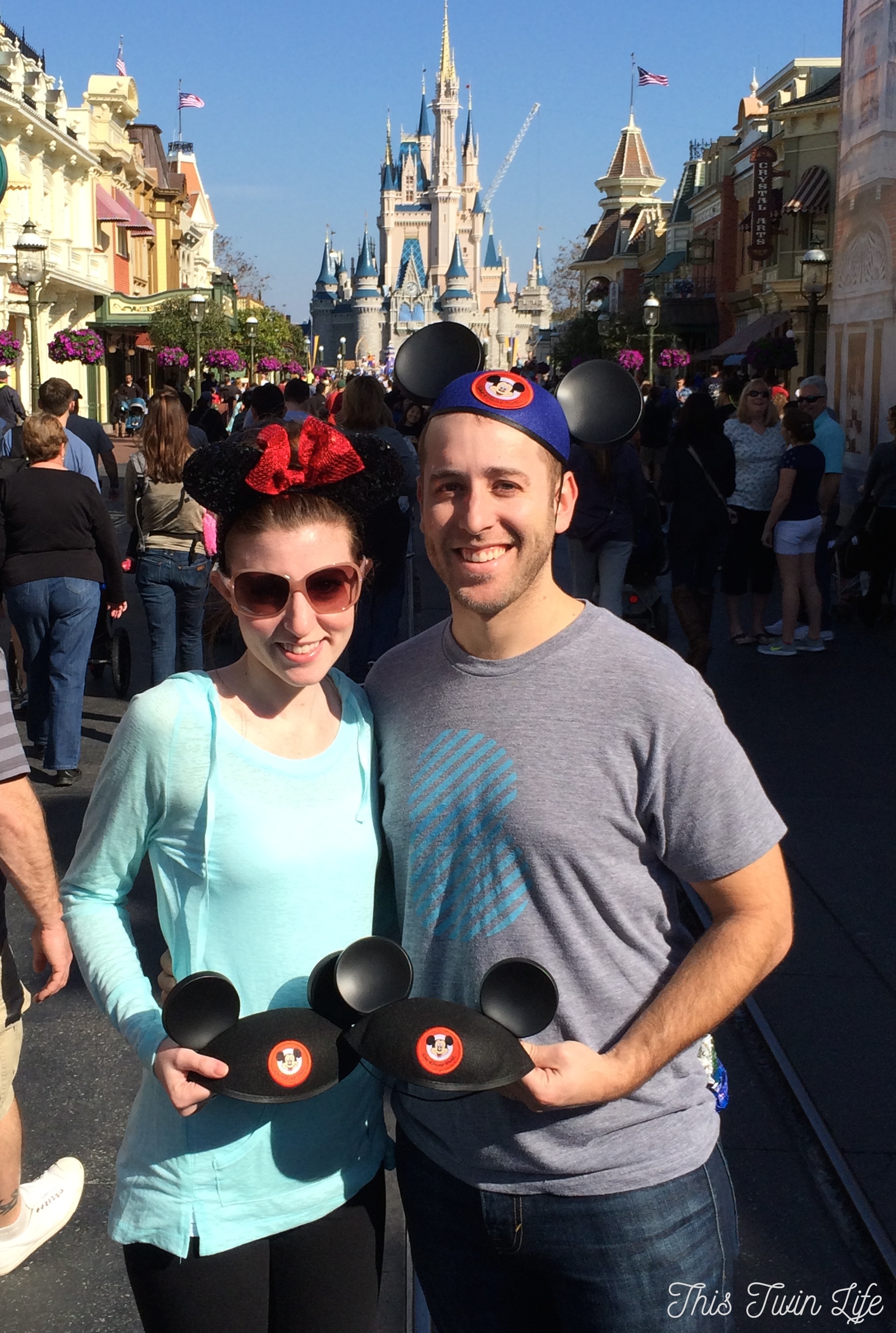 Welcome to This Twin Life! I’m Jess, a twin mama in the Boston area. I love books, crafts, running, and baking and I’m excited to share my experience learning and growing as a twin mom!